This is the first time I am really sharing my most inner private writings with the world. My writing journey has been a fascinating one and it is only since 2012 that I really began to understand my diverse writing styles and voices. To understand me as a writer, the reader must understand my traumatic yet rewarding journey with grasping the American English language as a first generation immigrant in the United States, and the reader must really get into my mind to understand where I’m coming from when I share something, whether it be a viewpoint, a thought, an idea, an experience, or an emotion. 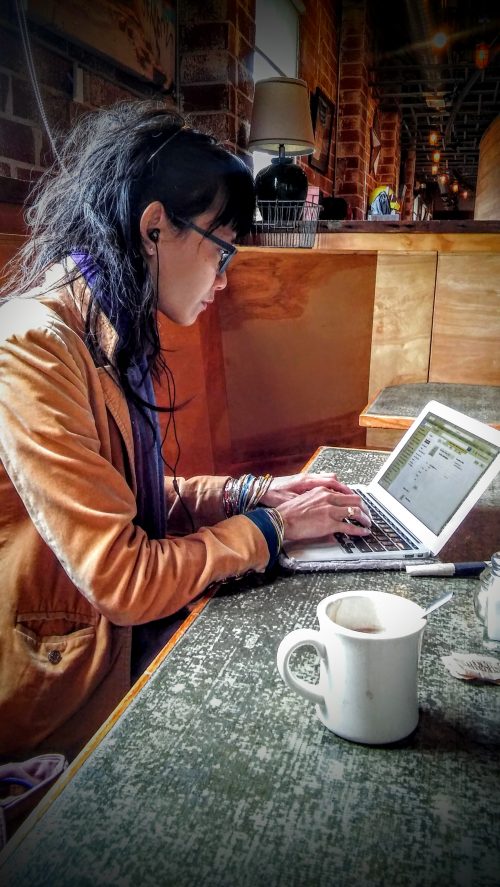 You see, I live in my head a lot. Too much sometimes. It’s rare for me to find like minds with whom I can “really go there with” so I keep my thoughts and such to myself or I write about them to myself or literally talk to myself at times! But then a couple of things happened that began to shift that vibration. The biggest transformation occurred from my brain injury, which metamorphosed me on every level to the point that I was reborn as a new being yet I was returning to the person I was always at the inner core.

From a young age, I developed a passion for reading and writing, and my childhood success story that I love telling people is the one about me reading Little Red Riding Hood to my kindergarten teachers during indoor recess one day. All the other kids were playing, but for some reason, I was reading instead. Typical, nerdy Asian student, that I was! So the story goes that my teachers, Mrs. Byrd and Miss Susan, were so impressed that I was promoted to the first grade for the rest of the school term. So at that time, the kindergartners only went to school half-day and since I was promoted, I spent the afternoon in Mrs. Cook’s first grade classroom. I was off to a promising career as a student in the American public educational school system!

Between first and fourth grades, I struggled with grasping the English language and I was teased horribly by the kids and even my teachers. When I was in the second grade, Mrs. Gasaway made fun of me in front of the entire classroom when I asked her if I could go to the “star” because apparently I meant the school “store”! I finally understood the difference between consonants and vowels when I was in the third grade and from fourth grade on, my classmates would cheat off my English papers till we graduated from high school!

But for some reason, despite all these ongoing challenges, I loved to read and I would eventually show a passion for writing once I understood all the exceptions to the rules and whatnot. I loved going to the public library and checking out a ton of books each time and then rushing home to devour them alone in my bedroom. My favorite part about going to the library was getting the certificates for all the books I read because they put stickers on the certificates! Such motivation for a young and hungry mind!

At first, my childhood dream was to become an English teacher because I love the grammar part of the language but once I realized the power of words, my heart felt that becoming a writer would be more effective because I could reach a larger audience. So I chose to enter the fields of journalism and English in college but I dropped out because being in college at that time in my life was ultimately not what I wanted to be doing at the time! What my heart really wanted to do at that time was to travel the world and I just sensed that traveling would heal me from my sister’s murder just a year prior, but I never really told anyone this, not the second part anyway, so my mom flat out told me, “NO!” 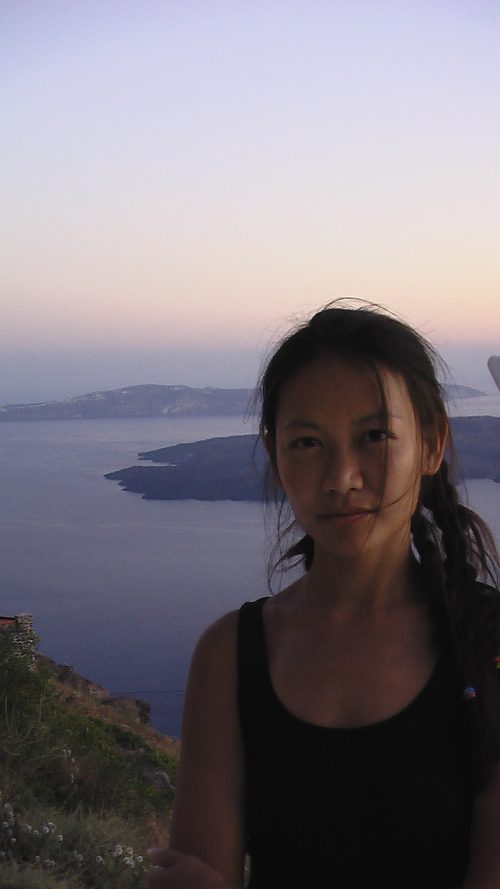 It wouldn’t be till I was 33 years-old that I sought out the world on my own. Getting out of your typical Asian parents’ tight grip is a monstrous obstacle to overcome, one that I am still chipping away though I’m in my 40s! Seeing the world would also shape me as a writer because it gave me a much broader and more true view of how things really operate and how other things really just miraculously flow, if you get me.

I had worked on my college school newspapers as copy editor and opinions editor for one paper. One time, I wrote an honest review about our school thespian’s performance and let’s just say that I didn’t really have many friends after that review was published in the same paper I had laid out! I wasn’t kissing anyone’s you-know-what and they didn’t like it, and I pointed out on some stuff. Anyway, my review won second place in the regional competition for something that my teacher submitted me for without my knowing it! That was such a smooth move on my teacher’s part and it healed an undeserved wound as an honest critic for the first time in my life.

I learned many important lessons from this journalism class and especially from my teacher, Ms. Steim, because she was really tough on me and that always angered me, so I channeled that energy into perfecting my work as an aspiring journalist. I worked late into the wee hours for each publication because the editor and I had to pick up everyone else’s slack. I learned to stand by every word I wrote and edited so I learned early on about Right Speech from the Buddha’s Eightfold Path without knowing it then. I learned how to interview people, reinterview people and how to discern their every word carefully chosen for the interview. True, honest and authentic journalism teaches one a lot about human behavior when one focuses on reporting only the facts. Somehow Ms. Steim instilled a wealth of confidence and integrity in me as a journalist and all the social responsibilities that inherently come with the job, all of which proved to be my only reliable artillery against a harsh reality early in my budding journalism career—the inevitable persecution for speaking truth.

Another time I went to a journalism conference and I don’t really remember much from it, but I remember a man and woman being impressed with me and offered me a full scholarship ride to study journalism at their school in New Orleans. I was at the conference with my school and they wanted me to leave my school and join theirs! I don’t remember why but I declined their offer! Because just as I was about to go full force ahead into journalism, I suddenly picked up on this vibe that something was amiss with our field of journalism and my young mind sensed that it had changed, or perhaps it was what my mind was tuning into, which was that it’s controlled information.

For the next 20 years, I would watch quietly as the state of the world rose and fell and rose and fell. My thoughts and global backpacking experiences were always vastly different from what was portrayed in the media as well as different from the casual chit chat at parties, so I would always end up feeling frustrated because it’s not truthful information that is being shared but propaganda perpetuated instead. The “old me”, meaning the trained journalist in me knows this, and now combined with the “new me”, a more conscious being on earth, just can’t stomach anymore fear being force fed to the public masses worldwide. As a former journalist and overall concerned citizen of the world, this sickening practice is unethical on every single level of human decency. 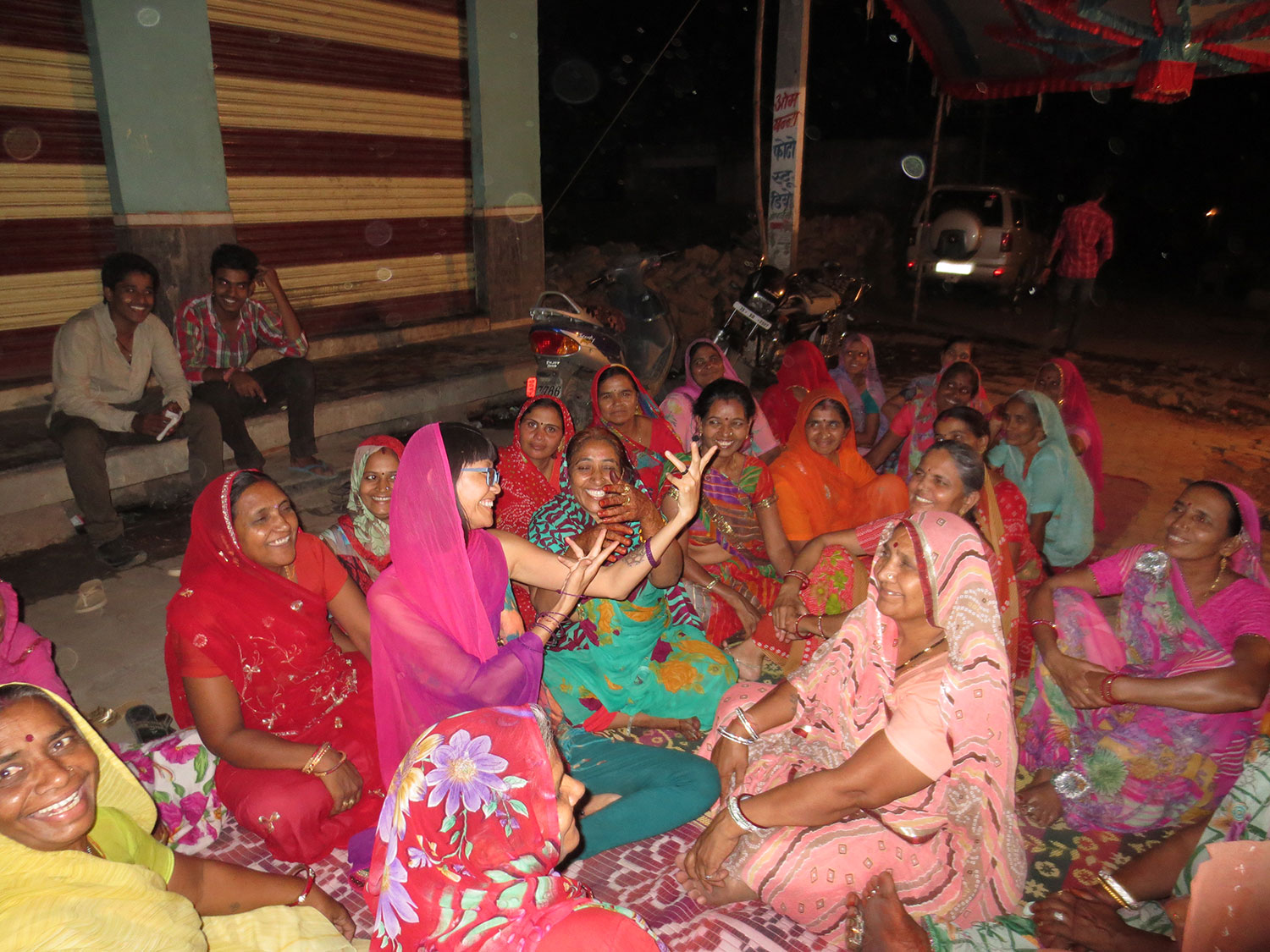 Singing songs with the women in the middle of the street the night before the wedding is much more meaningful than the typical, western bachelorette parties in bars. Rajasthan, INDIA

The most appealing factor when I was entering journalism was the investigative reporting behind every story. Instead of investigative reporting, I now take more of a philosophical approach and leave it up to the reader to decipher things for himself. But instead of watching quietly any longer, I now use my trained and professional journalist’s voice and I am addressing world issues in a different light, which could only be preserved by leaving the world of journalism before it ate me up too!

I write about matters of the heart and many readers have told me that my writings inspire them to think differently or live differently. For me, that is a high accolade to receive as a writer and philosopher, and my heart is happy for others when they tell me this. As a writer, philosopher and healer, I write to probe the minds and hearts of mankind. This is the basis from which I write. I do not write, philosophize or heal others on the premise that they must agree with me. That is not what true journalism or philosophizing or healing is about, not to me anyway. I’m finally doing what I’ve always wanted to do in life and that is to write about whatever I am feeling or going through, but the way it’s coming together is not what I could have imagined myself. I’m starting to understand that my childhood academic background now plays a role in the bigger scheme of things for myself and it’s given me a richer appreciation for the struggles I went through as a kid because all these things define who I am as a writer today. 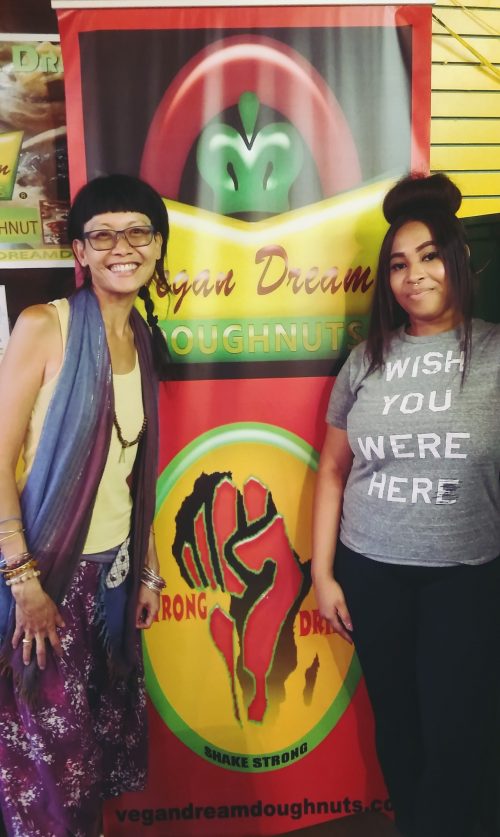 I love vibing with the young people of today and hearing what’s on their minds and in their hearts because they always surprise me; and thus I learn so much from them. Atlanta, USA

One thing I would like for people to understand is that I do not write to gain readership or an audience or to be controversial or to be trendy. Moreover, many people are not going to like what my heart forces me to write about, and that’s OK with me because that was the final acceptance I had to face when I chose to move forward with speaking truth in this intentionally deceptive yet gorgeous world of ours. I spent too many years writing about trivial stuff because I had to because of school and the different publications I wrote for and whatnot. That stuff is torture for a soul like mine and it took me years to de-program my mind because I am not status quo, never have been and never will be. The spiritual journey I’ve been on for the last two decades has taught me how to tune more into my heart and that is the only space I now write from.

The other thing I would like for people to understand with regards to getting to know me or approaching my writings is that I am not the person that you think I am. Let me be the first to shatter that illusion for you! This would only make sense to you if you really dedicate the time and energy to get to know me or understand my writings because it’s all coming from the heart, my precious and most often misunderstood part of my being. She bleeds and cries from a childhood of agonizing pain and torture yet she continues to laugh and love wholly.

All these childhood experiences shaped me into a philosophical writer and healer today, and I am now using my academic background as my strongest weapon to heal mankind with the power of words. Starting in 2015, I am going to change the way the world thinks, one person at a time, one village at a time, and one nation at a time…singlehandedly or with the rest of the world. The choice is yours since I made mine already.